The 2020 Cheltenham Festival, the greatest horse racing jump show in the world, is almost upon us. Will the Irish horses reign supreme once more?

Which trainer will come out on top? And which jockey will lift the famous Gold Cup on the final day?

All of these questions will be answered in due course, in the meantime, read on to find out our best bets for the Festival.

It wouldn't be a Festival without a big price winner landing one of the races, and we've dug out Master Debonair to land the Supreme Novices' Hurdle. The race this year looks wide open and we are advising you to steer away from the top of the market and instead look for some value. 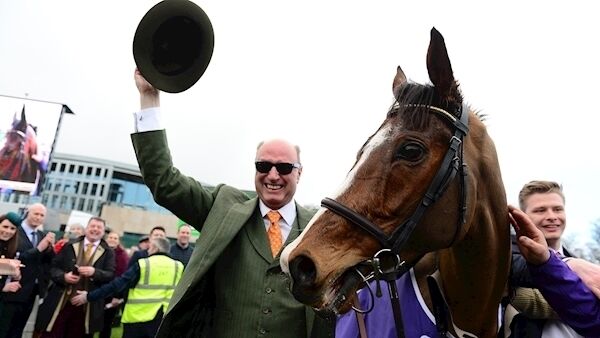 His win in the Kennel Gate has proven to be very strong form and, on his day, he could easily outperform any of the horses in the Supreme. If declared, expect Debonair to be much shorter - don't say we didn't warn you!

We highly recommend Willie Mullins to come out as the top trainer at the Festival, but it isn't hard to see why we have selected him. Having won the award six times since 2011, he is without a doubt a real legend within the sport.

Since 2015, Mullins has had 32 winners from 105 horses - a superb strike rate of almost 30%. He may well add to that tally in the Champion Hurdle, with Aramon and Sharjah both on the shortlist to take the prize home.

Mullins also has Al Boum Photo, last year's defending Gold Cup champion, alongside stablemate Kemboy, who has continued to show tremendous ability in recent years. Both certainly have a chance of landing the prestigious prize on the final day of the Festival.

You won't be rewarded with the best odds in the world for this market, but that's because Mullins' success speaks for itself. He is a born winner within the horse racing world and he knows how to win at Cheltenham.

This will be the first Cheltenham Festival in which we do not get to witness the great Ruby Walsh.

Although plenty are quick to remember his fall with Annie Power, Ruby Walsh has been the leading jockey at Cheltenham for some time and he will be sorely missed.

However, this presents an opportunity for another jockey, and it is the prize everyone wants.

All fingers point towards Paul Townend to take Walsh's crown. Since 2015, the jockey has had a striking win rate of 12% at the Festival, riding nine winners from 73 mounts.

Not only did he scoop the Gold Cup last year aboard Al Boum Photo, but he also destroyed the field in the Arkle, winning by a wide margin with Duc des Genievres.

In 2017, Townend won the Albert Bartlett and, in 2018, the Stayers' Hurdle - both with Penhill. With no Walsh to ruin his party, Townend at 15-8 looks a fantastic price to be the best jockey at the Festival.