At Royal Ascot 2013 discover the latest Fashion Trends and Beauty Tips that everyone is using.

The 3yo will contest the Kings Stand Stakes on June 18 after a sparkling display to win at Flemington on Friday.

Back 3yo's in Group 1 races whose prices shorten 2 percentage points on the day of their race.

Trends: 9 of last 10 winners had won a European Guineas

Trends: 8 of the last 9 winners had won a Group race

Others to consider are Duntle and Elusive Kate

The qualifiers to concentrate on are Emilio Largo, Burke's Rock, Educate, Fury, Stirring Ballad, Chapter Seven with preference for Educate

Trends: The last 8 5yo+ winners have won a Group 1. Only 2 winners older than 6 since 1929. Defending champions at Royal Ascot have a good record

Trends: 7 of last 10 winners ran in a Derby Trial

Windhoek qualifies but seemed not to stay the trip when competing in the Derby - others more likely to prevail include; Greatwood, Contributor, Havana Gold, Mars, Secret Number

Mars could be a lot better than he showed in the Derby, being continually denied a run in that race

Trends: Only 2 of the last 20 winners ran in both the English and Irish 1000 Guineas but it is important to have achieved a top 6 finish in one of them

Trends: 9 of the last 10 winners made the frame in a Group race

Ektihaam warrants respect after his 3rd to Al Kazeem in a Group 3 while other qualifiers include; Mount Athos, Red Cadeaux, Thomas Chippendale, Dunaden, Unbridled Command, Universal

Trends: 8 of the last winners had placed at least at Royal Ascot

Trends: 10 of the last 11 winners had raced no more than 4 times this season

Plenty of qualifiers if they turn up - top of the list is Duke Of Firenze and Hallelujah makes plenty of appeal. While other qualifiers include; Cape Of Approval, Compton, Hallelujah, Miss Lahar, Poole Harbour, Redvers, Shropshire, Valbchek 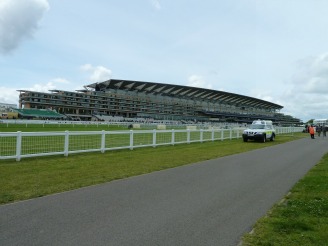