Shantaram all the Rage in St Leger Market 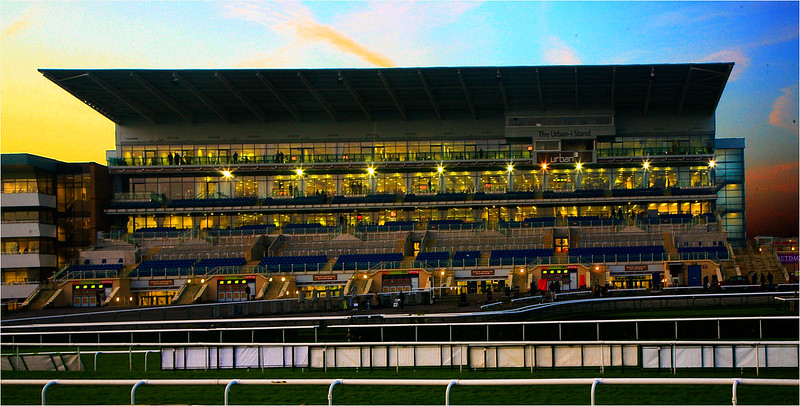 Confidence in Ladbrokes 2012 St Leger entry, John Gosden's Shantaram, appears to be growing ahead of the Group 1 contest at Doncaster on September 15th, the recent Newmarket winner having been cut from 12/1 to a top-priced 10/1 in the St Leger Festival betting in recent days, writes Elliot Slater.

Key Trial For the St Leger

The Galileo colt had been somewhat frustrating earlier in the term, when running up a sequence of near-misses, but has come into his own of late, and finally seems to be getting the hang of the racing game.

John Gosden is keen to get further race practice into his good-looking colt, who will head to York later this month to contest the Group 2 Neptune Investment Management Great Voltigeur Stakes, a contest seen as a key trial for the St Leger some three weeks later.

The Newmarket handler has a particularly good record in the world’s oldest classic, having won the race three times in the last five years, 12 months ago sending out Masked Marvel to a famous victory on Town Moor.

Punters are clearly aware of Gosden’s record and his upbeat comments following Shantaram’s victory in the Group 3 Bahrain Trophy on the July course, last month, appear to be having an effect when combined with reports that the three-year-old has been pleasing connections in recent work at HQ.

The Lady Bamford-owned full-brother to the classy Gan Amhras had been a narrow second on each of his first three outings, including when failing by only three-quarters-of-a-length to lower the colours of the subsequent Investec Derby runner-up Main Sequence in the Lingfield Derby Trial.

However, he finally got off the mark at the fourth time of asking when justifying long odds-on in a Newmarket maiden. His subsequent impressive defeat of Naseem Alyasmeen showed that the well-built individual is definitely going the right way at present.

Closer to the present; visit the York Ebor Festival page for more information on the trends, trainers and horses who compete in this iconic Festival.

The St Leger Festival, staged at Doncaster racecourse in September, is one of the most prestigious race weeks of the British horse racing calendar.

Day 1, known as Leger Legends Day features a race for retired jockeys which was won in 2021 by the Saeed Bin Suroor trained, Natural Colour and ridden by Gary Bardwell.

Day 2 is known as Ladies Day which is all about glamour and fashion at the races. It is one of the most popular race days, not only at the Doncaster St Leger Festival, but throughout the UK.

Day 3 stages the Doncaster Cup which is the oldest race run under the rules of horse racing in Britain.

Day 4 is the final Day and features the flagship race, the Cazoo St Leger Stakes. The race is the oldest of Britain's five Classics  was first run in 1776 and is the last of the five to be contested in the year.

At a a distance of 1 mile, 6 furlongs and 115 yards it is the longest of the Classics and also forms the final leg of the English Triple Crown. The other two races are the 2000 Guineas and the Epsom Derby.

Not many thoroughbreds nowadays will tackle the Triple Crown due to the stamina and speed requirements of the three races. The last horse to contest all three was Camelot in 2012 who was a runner up in the St leger after winning the first two legs.