The Grand National 2021 will be hotly contested by these three National Hunt trainers.

As the world's most famous steeplechase, the Grand National at Aintree attracts global TV audiences in the hundreds of millions. Every year a maximum field of forty racehorses tackle the ultimate test of stamina and jumps.

Many may not even get round two circuits of the course and famous fences like The Canal Turn.

There are 30 obstacles to get across in total, but that daunting challenge doesn't stop top National Hunt trainers from targeting the four-and-a-quarter-mile handicap chase.

Here are some of the big stables with main contenders for the Grand National this year.

Some 11 years on from that Grand National success, the Jackdaws Castle trainer takes aim at it again with Cloth Cap.

"I'm excited and delighted to be asked to ride him again."

A somewhat ground dependent horse, he is owned by Trevor Hemmings who also had Hedgehunter, Ballabriggs, and Many Clouds win the Aintree showpiece in the same colours over the last 15 years.

Cloth Cap jumped well and made all the running when victorious in the Grade 3 handicap chase at Newbury, best known as the Hennessy Gold Cup.

Bookmakers installed him as the Grand National 2021 favourite on the back of that all-the-way success. Cloth Cap remains potentially well-handicapped and stamina only appears to be an issue on softer surfaces.

The only question is whether he will take to Aintree's unique fences.

He hasn't won the race again since, but has had a number of horses placed at Aintree.

Bobbyjo Chase one-two, Acapella Bourgeois and Burrows Saint are among several possible runners he could send out from his Closutton base in County Carlow. 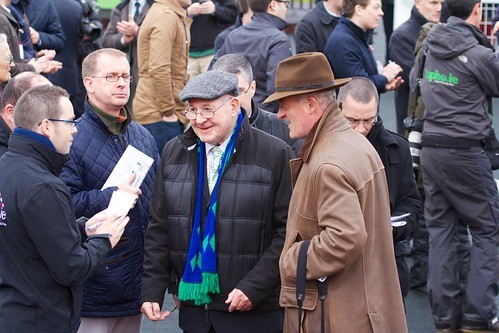 The latter has had this race earmarked for him for some time after winning the 2019 Irish Grand National.

Mullins' sister Maggie has also moved gutsy mare Agusta Gold into the stable after proving her well-being in a Grade 3 chase at Fairyhouse.

Mares can go well in the Grand National, even though they don't benefit from a sex allowance.

This is proven by Agusta Gold being a lively outsider at 50/1 in the latest Aintree horse racing betting and has a nice racing weight for the contest.

While the Henry De Bromhead yard hasn't had a Grand National winner in it before, this powerful Irish stable looks sure to have representation in the race again this year.

Chris's Dream is the most prominent contender in the market, but Minella Times for McManus lurks on a handy mark.

The difference between them in the weights is significant, however. Chris's Dream sits towards the top of the handicap, but former Cheltenham Festival winner Balko Des Flos has dropped down.

It could be significant that the latter is owned by Gigginstown House Stud.

Those connections have won three of the last four renewals of the Grand National, but Tiger Roll - their hero of 2018 and 2019 - will not bid to emulate Red Rum and try for a third victory at Aintree.