The Irish horse, Lostintranslation, will be seeking redemption at Kempton this Christmas.

The Festive season is always an exciting one for racing fans and this year should be no different for punters.

There are several festivals, both in the UK and abroad, that will catch your eye and one of the standout ones is undoubtedly the meet that takes place at Kempton Park on Boxing Day. 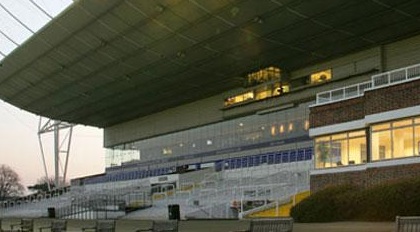 For many, the main attraction will be the King George VI Chase that will bring some of the best horses, trainers and jockeys together.

One horse who will be targeting victory in that race is Lostintranslation.

A quick look at the latest horse racing betting odds shows that he is the 8/1 second-favourite behind the winner from last year – Clan Des Obeaux.

Obviously, the French horse, trained by Paul Nicholls, is also proven at the top level and is certainly worthy of the favourites tag.

However, that doesn’t mean Lostintranslation should be easily dismissed.

Lostintranslation is the answer! That was very impressive on multiple fronts. He travelled so powerfully and his jumping was immaculate bar getting a shade close to the last two. As Robbie said himself, he probably ended up getting there too soon. A proper, proper horse. pic.twitter.com/MDpy03IPev

Firstly, the fact the Irish horse went into the race last year as 15/8 second-favourite shows that he was rated as a better prospect than the majority of the rest of the field that day.

Additionally, a third-place finish at Cheltenham earlier this year suggests that the 8-year-old is still capable of performing on the big day and his trainer Colin Tizzard will believe victory is possible.

The trainer will also be desperate to right the wrongs of last year and banish the bad memories created in this very race.

As mentioned, Lostintranslation started with a real chance but it didn’t play out how anyone connected to the horse would have wanted.

Several early errors put the horse in a difficult position and he eventually pulled up on what was a very disappointing afternoon.

It was a particular shame as the smart money had gone on Lostintranslation as they thought the wet conditions would favour him.

As it turns out, that didn’t happen and the pace of the race proved to be too much as he just couldn’t live with those who kicked on.

Was that poor showing a one-off?

Obviously, that’s going to put certain punters off backing him this time around but it’s important to understand that was a one-off and a rare bad display.

That’s proven by the brilliant 2019 that Lostintranslation had, which saw him record four first-place finishes and two second-places in the six races he had up until Kempton.

Quite simply, he was firing and ready to go for the race but it just didn’t go to plan at all.

A disrupted past 12 months means he hasn’t maintained that form after the King George VI Chase but it shows that he has plenty of ability and can be a match for anyone on his day.

Wow what a day of racing! I don’t think I have ever seen a horse jump like lostintranslation! Proud of Team Carlisle #CarlisleRaces #Carlisle #Lostintranslation #Aeroplane #Unreal pic.twitter.com/KrlRh10Jl5

It’s now down to Tizzard and the jockey to ensure Lostintranslation is ready for the meet on Boxing Day and, if he is anywhere near his best, he can certainly compete with Clan Des Obeaux.

Either way, the two of them are sure to provide plenty of entertainment in what is the most exciting race of the festive period.