Beshabar, heads to the Grand National 2013 without a run even though he's been out of action since finishing a fine fifth to Carruthers in the 2011 Hennessy Gold Cup at Newbury. The very talented staying chaser is on course to make his return to racecourse duty in the John Smith’s Grand National 2013 at Aintree on April 6 writes Elliot Slater. 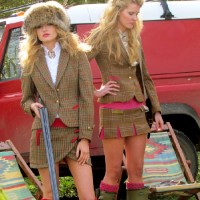 It will be a tremendous achievement for trainer, Tim Vaughan, to even get the gelding to the starting line after the 11-year-old has taken well over a year to recover from a tendon injury. However, the Welsh handler is optimistic that he will have the Middleham Park Racing-owned veteran as fit as he can be in the circumstances to put up a bold show in ‘the world’s greatest steeplechase’.

The plan is to take Beshabar for at least one racecourse gallop prior to the Grand National, and, if conditions allow, he will visit his local tracks a couple of times to have a serious workout in order to be as close to proper match fitness as can be without actually having had a race.

A winner of six of his 12 career starts, Beshabar has been very lightly raced throughout his career and has always been a difficult horse to keep sound. On his day, however, he is a seriously good staying chaser, as he proved at Ayr in April 2011 when enjoying his finest moment to date, beating race specialist, Merigo, by three-quarters-of-a-length to land the Scottish Grand National.

A 25/1 shot for the Aintree spectacle this season, Beshabar had been a useful hurdler - twice winning in Grade 3 company at Sandown - while he also lifted the valuable Betfair Handicap Hurdle at Ascot in 2010 giving a stone and a neck beating the useful tender Falcon.

Runner-up to Chicago Grey in the 2011 National Hunt Chase at the Cheltenham Festival, a result that surprised more than a few Cheltenham odds writers, Beshabar remains a very capable performer at a high level when fit and well.

Beshabar heads for the National 2013

NB You can use betting software to place bets automatically. BF-BotManager is the one I use as it is reliable and is constantly updated to reflect best practice and industry thinking.

Recent updates to the software include:

Back to Grand National Page