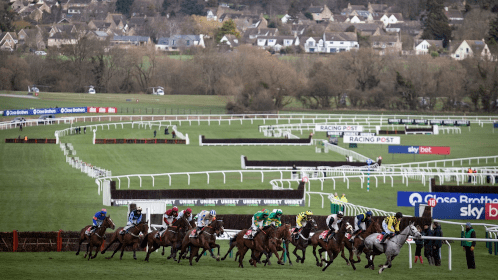 The Welsh Grand National at Chepstow racecourse, sponsored by the bookmakers Coral since 1973, is the most eagerly anticipated race staged on December 27th after the King George VI at Kempton on Boxing Day.

The 2021 renewal is as impenetrable as ever for punters to unravel and boasts four of the last five previous winners of the race - Native River, Secret Reprieve, Potters Corner and Elegant Escape.

Native River who won in 2016 went on the following year to triumph in the Cheltenham Gold Cup and continues to perform at a high enough level, despite the age of 11,  to warrant top weight in this competitive handicap. His owner, Garth Broome isn’t unduly concerned with top weight as he said "He used to carry more than that weight before."

In his favour is the fact he will relish the soft ground after recent rain and likes the course and distance.

Elegant Escape, the 2018 winner and also trained by Colin Tizzard, is the only horse in the Welsh Grand National 2021 rated within a stone of his stablemate.

Secret Reprieve, trained by Welsh trainer Evan Williams and ridden by Adam Wedge, is installed as 6/1 favourite and bids to become the first back-to-back winner since Martin Pipe’s Bonanza Boy in 1989. However he is 5lbs worse off at the weights than when he won this race, as is Native River and Elegant Escape.

Potters Corner on the other hand just made the weights at the bottom of the handicap and will carry 10-0 lbs which is more than his current handicap rating of 9-6 lbs. However this is still 5lbs less than he shouldered when winning 2 years ago.

Since winning the race, his greatest claim to fame is coming out on top in the ‘virtual’ running of the 2019 Grand National which was staged when the pandemic put a halt to the staging of the real thing. Indeed many racegoers who missed racing during this period took to online games or casinos such as OnlineCasinoSnoop.

However he did display a little of his old spark when just beaten a nose by Diesel D’Allier in the Cross Country Chase at Cheltenham in early December.

Along with Native River and Achille, he is one of the oldest in the race at 11 and although the race is often won by the younger unexposed brigade the older horses should never be underestimated. 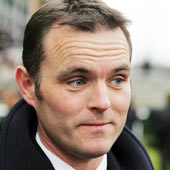 Others with a chance include Hold That Taught, trained by Venetia Williams and ridden by Charlie Deutsch who finally got his head in front in a gruelling 3m 2f race on soft ground at Carlisle in October 2021.

Second favourite at 7/1 Iwilldoit, trained by Sam Thomas and ridden by Stan Sheppard, has 2 handicap chase wins under his belt, the last of which was achieved in a class 2 handicap chase at this course over 2m 7 ½ f in early December.

The Big Dog also merits consideration having won a 3m 4f race in soft going at Punchestown in February 2021 and should relish the conditions of the Welsh Grand National.

Back to Grand National