Can Al Boum Photo Clinch a Hat-Trick of Gold Cup Wins at the Cheltenham Festival?

In the first quarter of 2021, much of the horse racing community’s attention will be taken by Tiger Roll’s attempts to clinch a historic hat-trick of Grand National victories.

But there’s another horse seeking a landmark trio of wins, and Al Boum Photo – barring injury or an unexpected loss of form – will all but certainly have a chance of claiming a third triumph in the Gold Cup at the Cheltenham Festival in March.

But can he do it? Here’s a look at the top five in the ante-post betting.

The defending champion is favourite in the Cheltenham Gold Cup horse racing betting odds to rack up three Gold Cup wins in the race.

Willie Mullins’ charge has been inactive since his last triumph at the festival, but this is not a horse that historically needs much of a tune-up – a pair of wins in the Savills Chase in January is his traditional warm-up of late.

We have no real idea of how Al Boum Photo is shaping up until he makes his seasonal return, but a former champion returning to his favourite haunt is usually a recipe for success for punters.

At the time of writing, the eight-year-old is 11/2 in the ante-post market and that is a fine price given that the horse will almost certainly run in the Gold Cup, barring injury.

The seven-year-old is being talked up as a potential Gold Cup champion on the back of a couple of handsome runs at Cheltenham, not to mention an unbeaten start to 2020/21.

Henry de Bromhead’s bay registered his first win at the festival in 2019, landing the Albert Bartlett Novices’ Hurdle, and 12 months later, he was back at the famous track – this time in second place to Champ by a single length in the RSA Chase.

He has since returned in his native Ireland with a pair of victories at Navan and Wexford, and that activity has just seen Minella Indo climb above our next horse in the Gold Cup betting.

Agonisingly second to Al Boum Photo by a neck in the 2020 Gold Cup, it wouldn’t take much of an improvement for Santini to be in the title picture once more.

The eight-year-old seems to love it at Cheltenham, having finished second in the RSA Chase and third in the Albert Bartlett Novices’ Hurdle at the festival in the past, as well as winning the Cotswold Chase and the Ballymore Classic Novices’ Hurdle in consecutive Januarys.

Nicky Henderson admitted that he had some reservations about sending Santini out for his seasonal debut at Aintree earlier in December, but a solid run there – he was second to Lake View Lad but ahead of former Gold Cup winner Native River and Frodon – offers backers plenty of optimism.

Following his victory in the RSA 12 months ago, Champ is very much on the minds of punters eyeing a Gold Cup success story.

But a lack of activity since leaves his backers taking a leap into the unknown, and until the JP McManus horse resumes competition it is hard to make an informed assessment of Champ’s chances.

The eight-year-old was less than two lengths shy of Al Boum Photo in last year’s edition of the Gold Cup, but this is a horse that tends to be the bridesmaid rather than the bride at the festival.

Second to Defi Du Seuil in the JLT Novices’ Chase in 2019, the Colin Tizzard charge has won just five of seventeen starts anywhere and is more a horse to back in the each-way places rather than as a win outright.

So, as we can see, the path is fairly clear for Al Boum Photo to claim a hat-trick of Gold Cup titles. 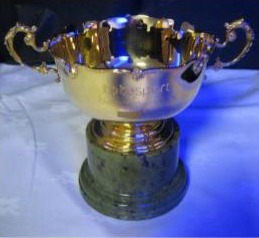