The early signs are beginning to suggest this season's Cheltenham Gold Cup 2016 is going to be an absolute blockbuster befitting the stage of jump racing's most prestigious contest. 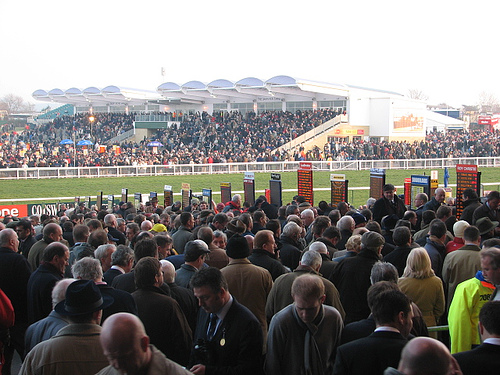 All of the leading players are one-by-one showcasing their well-being and readiness to make the 2016 renewal of the Blue Riband the most eagerly anticipated since the heydays of Kauto Star and Denman in 2008 and 2009.

Back then, Paul Nicholls' Ditcheat superstars drove racing from the back pages to the front as they prepared to collide in three successive Gold Cups, winning one duel apiece before time caught up on them and the likes of Imperial Commander and Long Run forced them to play supporting roles.

Gold Cup 2016: The market for the Cheltenham Festival showpiece is wide open and it seems a precursory glance at racing news almost daily that one of the many stellar Gold Cup contenders has laid down a marker.

Don Cossack has been busy in Ireland already while reigning champ Coneygree sauntered to Sandown success on his reappearance and next looks likely to bid for Hennessy Gold Cup glory at Newbury.

Cue Card and Vautour were the latest to have their say although connections of Coneygree seemed underwhelmed by their victories at Haydock and Ascot respectively.

With all due respect to Lord Windermere, whose 2014 triumph provided the most breathtaking finale witnessed for many years, there looks to be a star quality to this season's renewal that simply hasn't been there recently.

Coneygree's victory last March was memorable for all sorts of reasons. The fabulous story behind his breeding and training, the fact he became the first novice winner in 41 years and – not least – the bold front running manner in which he goes about his business ensured that a star was born.

His performance had experts reaching for the superlatives but before him had come Vautour's procession in landing the JLT Novices' Chase.

Record-breaking Cheltenham Festival trainer Willie Mullins has never won the Gold Cup but in the former Supreme Novice winner he has a candidate of enormous potential.

His reappearance victory at Ascot failed to impress many but jockey Ruby Walsh reserved praise for 'any horse that can win when he's only half fit'.

Just as he did with Faugheen last season, Mullins is set to allow Vautour to come to the boil slowly in anticipation of hitting top gear in March.

If Vautour's Ascot success was underwhelming, Cue Card's Grade 1 win up at Haydock was the polar opposite.

Colin Tizzard was beaming afterwards and suggested he won't be running away from anybody in the staying chase division this season after his stable star bounded to an easy success in the Betfair Chase.

Like Vautour, Cue Card is twice a Cheltenham Festival winner already and looks to be scaling new heights this season after a frustrating campaign forced him to sit out much of last term.

Sara Bradstock, assistant trainer to husband Mark with Coneygree, quickly suggested that their charge could draw the sting from Cue Card with a relentless gallop from the front when they meet.

Champion trainer Paul Nicholls has high hopes for Saphir De Rheu while Bobs Worth and Sir Des Champs, first and second in the 2013 Gold Cup, also got back to winning ways and could strike a blow for the old brigade.

It is a fascinating plot and the ever-changing narrative between now and March should lead us to a thrilling renewal of the Cheltenham Gold Cup 2016.

Back to Cheltenham Gold Cup