Equestrian Sports for the 2012 Olympics 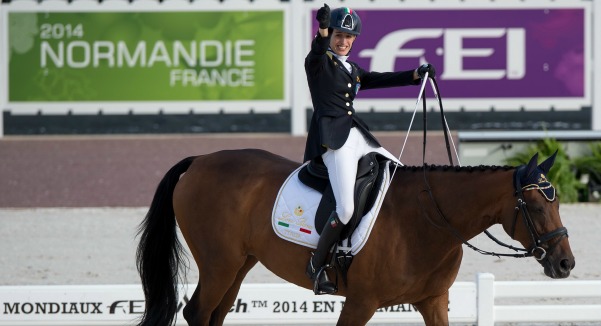 were staged at a new purpose-built equestrian sports arena at Greenwich Park, London in July and August. The venue is the oldest Royal Park in London, dating back to 1433 and was made a World Heritage Site in 1997 and is also home to the Royal Observatory. 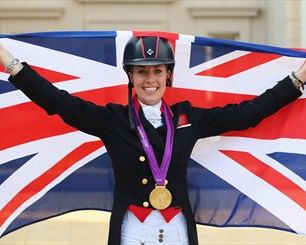 The Individual Eventing was won by Michael Jung of Germany with Sweden taking silver and Germany the bronze.

The Team Dressage gold medal was won by Great Britain with Germany winning the silver and Netherlands the bronze.

Information on the horse accessories required for optimum performance.

Great Britain and the Netherlands could not be separated on points after two days of competition and the ensuing jump-off finally went the way of the British team when Peter Charles went clear on the last round. Saudi Arabia won the bronze.

Jung of Germany won the individual event with a score of 40.60 narrowly beating Sara Algotsson Ostholt of Sweden on 43.30. While Auffarth, Germany gained the individual bronze medal. 30th July 2012

Zara Phillips lifted the GB eventing team into silver medal position going into the final day of the team eventing competition with 130.20 points.

After the first day of the 2012 Olympics eventing dressage programme two Germans lead the way with Great Britain in 3rd place. 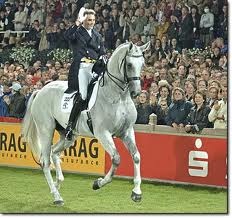 Competitors from all over the world will come together to literally jump, skip and hop their way through an arduous journey of the 3 demanding routines - Dressage, Eventing and Show Jumping - that make up modern day Equestrian Sports.

Dressage is the balance between horse and rider expressed in movement

Every horse and rider pair perform a battery of movements and the best three scores from each team's four pairs are added together to give a score for each team.

The medal winners of the Equestrian Sports Olympics 2008 were:

Team eventing is contested in 3 sections:

Every rider completes each section and penalty points are awarded. The best three scores from up to 5 pairs for each team are added together to give a final score for each team.

The medal winners of the Equestrian Sports 2008 Olympics were: 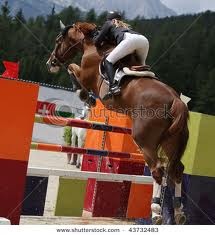 The second and third rounds of show-jumping from the individual jumping event were used to determine scores for the team round.

The best three scores from teams having more than three competing pairs were used to determine the team score.

Individual dressage is contested in 3 sections

1. Each rider performs a battery of movements and the 25 riders with the highest marks awarded by five judges go on to the next round.

2. The top 25 riders again perform the tests and the 15 riders with the highest marks awarded by the five judges go on to the final round.

Individual eventing is contested in 4 sections:

1. Dressage - Three judges give each rider a score out of 10 for 10 separate elements. The scores are then averaged and the result subtracted from 100 and multiplied by 1.5 to give a number of penalty points.

2. Cross Country - The rider must complete a 4.56km course of 29 obstacles in 8 minutes. Four penalty points are awarded for every second above that time and twenty penalty points for every obstacle not cleanly jumped.

3. Show Jumping (1) - The rider must complete a course of obstacles. One penalty point is awarded for every second above the maximum time for the course and four penalty points for every obstacle not cleanly jumped or refused.

4. Show Jumping (2) - The top 25 riders after the first jumping section(limited to three pairs per nation) contest the second section of jumping; the scores from this are added to the scores of the first three phases to give a grand total.

The medal winners of the Equestrian Sports Olympics 2008 were:

Rounds 1-3 eliminate all but the top 35 riders

Round 4 eliminates all but the top 20 riders

Round 5 the scores of this final round are added to the score of the previous round to give a grand total.

Team: qualifier for round 1

Piggy French - winner of the Olympic Test Event 2011 and a member of the UK World Class Squad will ride DHI Topper W at the 2012 Olympic Games. Her other horse Jakata has suffered an injury and will ot take part.

Other members of the UK team are:

Reed Kessler, a 17 year old showjumper will be the youngest rider ever to contest an Olympics - she will have reached the the age limit of eighteen by the start of the Olympics.

The members of the US team are