A major horse racing meet like the Cheltenham Festival is all about great clashes. The equine stars on show at Prestbury Park help sell this event to a wider public.

This year is no different and we look ahead to some of the contestants of the 2021 Cheltenham Festival and four key clashes to get you in the mood for  some fabulous days of jumps horse racing action. 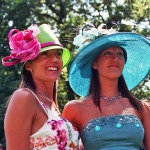 What could be more exciting than two unbeaten novice chasers going head-to-head in the second race of the meeting? The 2020 Supreme Novices' Hurdle hero, Shishkin, comes back to Cheltenham looking for consecutive Festival wins for trainer Nicky Henderson.

However, the Arkle Challenge Trophy isn't all about him. The challenge from the Emerald Isle has always been strong, so Energumene looks a real danger based on his bloodless victory for Willie Mullins in the Irish equivalent at Leopardstown.

The clash between these two outstanding novices highlights what the Festival is all about. It's the best of British in Shishkin racing against top horses from Ireland in Energumene.

Dan Skelton's Allmankind could also have a say in the finish too, so this can get Cheltenham off to a flyer.

Two mares sit at the head of the Champion Hurdle betting this year, and both know what it takes to win at the Festival. Epatante is the defending champ for Henderson and powerful Irish owner, JP McManus, but lost her Christmas Hurdle crown to old rival Silver Streak on Boxing Day.

That has paved the way for Henry de Bromhead's undefeated Honeysuckle to drop back in trip and retain the Irish Champion Hurdle during the Dublin Racing Festival. She now looks on a collision course with Epatante after destroying the best two-mile hurdlers in the Emerald Isle.

There are other subplots to the Champion Hurdle, including the return to action of past dual winner Buveur D'Air. Whether he can roll back the years and give weight away to younger mares remains to be seen.

Don't count your chickens with this potential Cheltenham clash until both horses come under starter's orders. Henderson steeplechase star, Altior, battling Irish challenger, Chacun Pour Soi, was supposed to be the headline act of Ladies Day at last year's Festival in the Queen Mother Champion Chase.

Last-minute setbacks ruled both out of the race, so horse racing fans have been made to wait another year for this head-to-head. Altior may not be the force of old, however, and the Cheltenham odds favour Chacun Pour Soi following his effortless Dublin Chase victory in his final warm-up.

While trainer Mullins has never won the Champion Chase in his illustrious training career, if he can keep his horse sound, Chacun Pour Soi has a huge chance of ending that losing streak. Altior, who has won the race twice, needs to emulate former stable companion, Sprinter Sacre, if he's to stop that happening.

Two of last year's beaten Festival favourites are out to make amends at Cheltenham this time in the Stayers' Hurdle. Paisley Park prepares to regain his crown after running a flat seventh in the race last season. Emma Lavelle's stable star was back to his best with a wonderful display of stamina in the Long Walk Hurdle at Ascot just before Christmas.

Paisley Park got up to beat Thyme Hill from the Philip Hobbs stable, who had previously got the better of him at Newbury. It is 1-1 in past meetings, then, with the Stayers' Hurdle set to be the rubber.

There have been some big price winners of this race in recent years too, so it might not just be about Paisley Park and Thyme Hill. These clashes do so much to make the 2021 Cheltenham Festival special.