Royal Ascot entries are likely to include Liberty Beach who dug deep to fend off 5 rivals in the Group 2 Temple Stakes at Haydock on 22nd May. 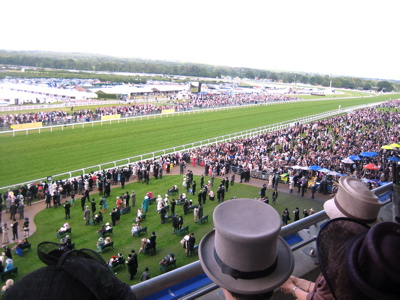 She handled the heavy ground and having previously won first time out on good to soft and good to firm demonstrated that she is versatile as regards the going.

Quickly sent to the front by jockey Jason Hart she showed a smart turn of foot and found the necessary reserves of stamina to hold off the late charge of Ainsdale.

The John Quinn trained filly will now take on likely favourite Battaash in the King's Stand Stakes at Royal Ascot on 15th June for which she is a general 7/1 shot.

The same trainer/jockey combination was also successful earlier on the card with Frankenstella, a daughter of Frankel, who came from behind to take the 2m handicap and will now be aimed at the Ascot Stakes.

Speaking to the Racing Post, John Quinn said; "She's been a slow-burner but we've always thought she has plenty of ability and she liked the ease in the ground. "She's run well this season and was unlucky to get stopped at York last time." 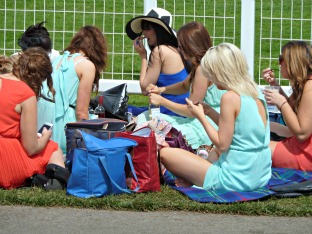 Another Royal Ascot candidate to come out of the Haydock meeting was Raadobarg who won the £50,400 Silver Bowl  for trainer Roger Varian.

The colt was winning three on the trot and now heads for the Britannia at Royal Ascot where he should relish a stiff mile, especially if the wet weather persists.

This year’s crop of juveniles will be given an airing in Sandown’s  Brigadier Gerard fixture  on 27th May where the likes of Chipotle could stake their claims for glory at Royal Ascot.

Brocklesby and Ascot winner, Chipotle contests the ‘Coral beaten by a national stakes’ at the Sandown fixture and Navello, who looked exceptional when comfortably winning at Chester last time, opposes. The winner here will no doubt enhance their claims for Ascot glory.

In the stayers section Roger Teal’s Ocean Wind is aiming for a shot at the pinnacle of staying races, the Gold Cup at Royal Ascot. His latest effort was in the Sagaro Stakes at Ascot when runner-up to the mighty Stradivarius.

We’ll find out more about his current wellbeing after contesting  the ‘Coral Henry II Stakes’ Group 3 also at this Sandown fixture where Nayef, who finished only a half length behind in the “Sagaro”, opposes.

Another horse to look out for in the Gold Cup is Mark Johnston’s Subjectivist who was an impressive winner of the Dubai Gold Cup at Meydan in March 2021, a two-mile Group 2 which he won by more than 5 lengths.

Last season he demonstrated his class by winning the Group 1  Prix Royal-Oak at Longchamp under jockey Joe Fanning.

He won’t have another race now before the Gold Cup at Ascot and assistant trainer, Charlie, told the Racing Post:

“He'll go back into full work towards the end of the month and we will build up towards Royal Ascot” and added: "We showed we can have the horse in the form of his life off the back of a long layoff, so the time off between Dubai and Ascot isn't a concern."