Are you one of those lucky ones who always seem to get the breaks...

or do you need a helping hand to reach your lucky star?

Nicole Kidman or Tom Cruise might be considered fortunate people, capable of coping with personal problems. After all they enjoy the kind of lifestyles that most people can only dream of. So what is it that sets these lucky ones apart when it comes to good fortune? 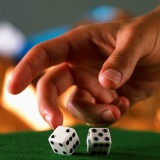 Okay they are pretty good looking, which obviously helps, but there again they by no means have a monopoly on that score.

They may well be fairly intelligent but that again is not unusual.

If you believe in astrology perhaps they were born under a lucky star or even inherited some good fortune from their parents, after all good fortune quite often runs in families just as misfortune does; look at the Kennedy family in America.

People tend to consider themselves blessed if they avoid misfortune - they haven't lost their job or remain on income support; they have a good, long term relationship with their partner or attract good friends.

But when I reflect on my own experience I'm not convinced of any of the above. When I decided to set up the Horse4course-racetips website there was no guarantee I would succeed - in fact several things stood in my way.

2. There is a huge amount of competition from Tipsters.

3. I did not have a great deal of capital - in fact I had to get a 2nd job delivering newspapers to help fund it.

However scientific evidence suggests that you can significantly improve your good fortune by engaging with it positively.

By going ahead in the face of these obstacles makes me an optimist. And optimists get the breaks because they put themselves in the way of good fortune, says Dr Matthew Smith, an associate professor of psychology at Liverpool Hope University.

Born To Be Lucky?

"There's a widespread belief that some people are born to good fortune and others aren't," he says. We found that those who expect to be blessed, usually are, and that those who go through life thinking that fortune never favours them are less likely to have fortunate things happen."

He also believes that people who seem to enjoy good fortune tend to be more open to the world - they can move outside themselves and examine situations from different angles.

Dr Smith was a member of The Luck Project and experiments support his findings. In one experiment a group of volunteers, self-diagnosed as either fortunate or never getting a break, were asked to count the number of photographs in a newspaper. 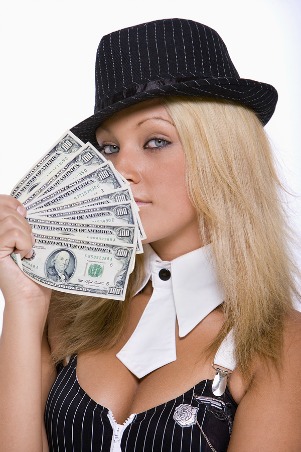 The fortunate ones achieved the task in a few moments while those who considered themselves unfortunate took much longer. Luck had nothing to do with it. The fortunate ones read on the 2nd page that there were 43 photos in the newspaper while the unlucky ones were too focussed on the task to see it.

Spotting an opportunity is not enough on its own however unless you are prepared to take risks, putting in the time and effort to capitalise on them. Richard Wiseman, a professor of psychology and author of The Luck Factor: The scientific study of the Lucky Mind, says when luck-blessed people have ill fortune, they don't dwell on it, but they take control of the situation and ask what it can teach them.

Derren Brown, the well-known illusionist and mentalist once conducted an experiment on TV to prove that people make their own luck by having a positive and open mind.

One scenario involved placing a £50 note on the pavement in front of a confessed pessimist. The man just passed it by as though with his eyes closed; however when he changed his outlook after Derren told him his attitude to life was affecting his prospects, within minutes he found himself £5,000 richer.

Persistence and patience are also required to gain you as much good fortune as Kidman or Cruise and a fair amount of hard work doesn't go amiss either.

Back to Psychology of Gambling