The 154th running of the Belmont Stakes is two weeks away, and avid fans couldn't be more excited. The Belmont is always one of the highlights of the horse racing season because it's the final leg of the Triple Crown.

This year's Belmont is shaping to be a good one, with some of the best three-year-old thoroughbreds set to compete. As there are no contenders, there won't be a Triple Crown winner this year, but that doesn't mean it won't be a great race.

The list of Belmont Stakes contenders is still getting finalized, but five have already confirmed to compete at the Belmont Stakes. Check them out!

Rich Strike is 100% going to the Belmont Stakes this June 11, according to the tvg belmont contenders list. After skipping the Preakness Stakes (second jewel of the Triple Crown), the Kentucky Derby winner will be fresh and ready to take on the mile and a half race challenge.

The reason for skipping the Preakness was to give Rich Strike time to rest and recover after his surprise big win at the Kentucky Derby. The colt is very healthy and did not incur any injuries during the Derby, so the decision was made to focus on the Belmont.

It will be a big test for Rich Strike, as the Belmont is notorious for being a very tough race. It'll be interesting to see how he fares in the race. But given his impressive performance in the Derby, he undoubtedly has a chance to win it.

Stay updated on Rich Strike's progress as he prepares for the Belmont Stakes. Additionally, check the colt's odds every day leading up to the race to see how he's fairing in the betting.

Mo Donegal is another horse confirmed to run at the 2022 Belmont Stakes. Trainer Todd Pletcher announced that the horse would enter the race after a fifth-place finish in the Kentucky Derby.

While Mo Donegal failed to take the lead in the Derby, Pletcher is confident that the horse can do better in the Belmont Stakes. And, of course, Todd Pletcher is a fantastic trainer who won three Kentucky Derbies, so it wouldn't be a smart move to count Mo Donegal out.

We'll have to wait and see how Mo Donegal fares in the Belmont Stakes, but it should be an exciting race nonetheless. So be sure to tune in to see if Mo Donegal can take home the prize! 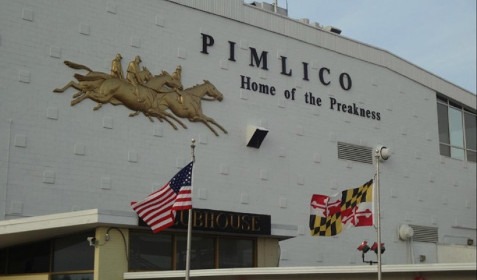 Creative Minister finished third place in the Preakness Stakes and will compete in the Belmont Stakes. You probably remember this horse. His owners paid $150,000 to supplement his eligibility in the last two races of the Triple Crown.

Some people were surprised that Creative Minister finished as high as he did in the Preakness field, and he ran a very game race to finish third behind Epicenter and Early Voting. It was undoubtedly a surprise to his connections, who were not optimistic about his chances in the Preakness.

From the start of the Belmont Stakes, it will be clear whether Creative Minister has what it takes to win at a mile and a half. It is a very demanding distance, and not many horses have the stamina to run that far. But, if he can finish in the top three again, it will be a great accomplishment.

Golden Glider is yet another horse set to compete in the Belmont Stakes. Trainer Mark Casse has faith that the horse could win the race.

With the help of Mark Casse, who won the 2019 Belmont Stakes, Golden Glider is prepared to take on the competition. Casse has said that the horse is in great shape and could win the race. However, Golden Glider will have to deal with other contenders like Rich Strike.

And while Golden Glider hasn't finished first in the last four horse races, Casse is confident that the horse can do it. Golden Glider will have to overcome the odds and prove that it's a contender in the Belmont Stakes.

After winning the Grade 3 Peter Pan by 10 1/4 lengths, We The People will be running as perhaps the strongest of the  Belmont Stakes contenders on June 11. While the horse didn't compete in the Kentucky Derby and Preakness Stakes, he's one of the favorites to win the race. Why?

It's because We The People has won three races out of four this season. And that's thanks to the hard work of his trainer, Rodolphe Brisset. His efficiency and knowledge have made the horse a top contender in the Belmont Stakes.

There are many things to expect in this year's Belmont Stakes, even though there won't be a Triple Crown winner.