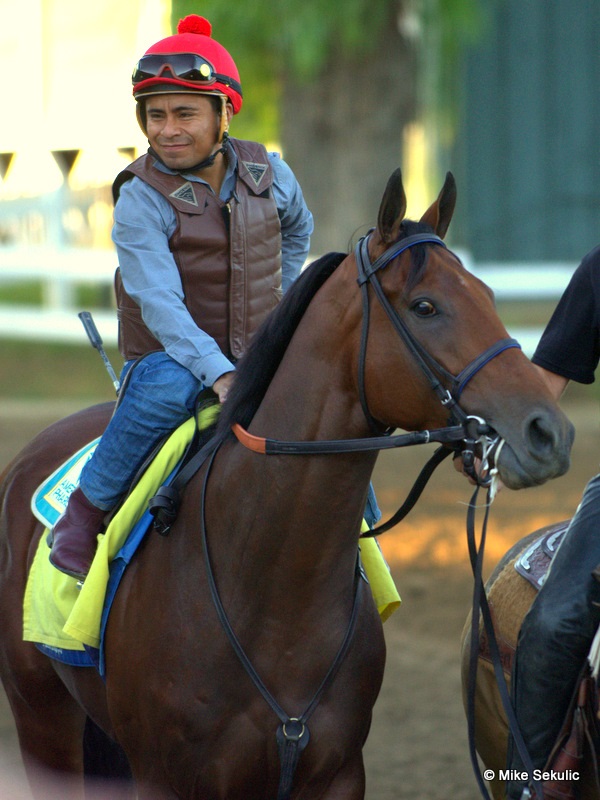 American Pharoah - winner of the Triple Crown in 2015

The Belmont is the conclusion of the Triple Crown succeeding it’s two grandest horse racing legs, namely the Kentucky Derby at Churchill Downs and the Preakness Stakes in Pimlico Park.

While some horse racing fans find it hard to accept that there will be no Triple Crown winner this year, the Belmont Stakes is still doing its best to produce an incredible horse racing tournament.

Take note that the Belmont Stakes is the longest racing event when it comes to distance compared to the Kentucky Derby and Preakness Stakes. This is the reason why the Belmont Stakes, at 1.5 miles is considered to be a true test of a colt's strength and stamina.

While the horse racing community is deeply saddened that there won’t be a winner of the Triple Crown this year, the Belmont Stakes, on the other hand, is lining up the best colts in the country for what could prove an amazing showdown.

In fact, the list of ten colts is completed. That said, let us consider some of the best entries, which you can also check out via TVG’s betting Guide, that will surely keep you on the edge of your seat in the upcoming  “Run for the Carnations”.

This colt is the recent title holder of the 2019 Preakness Stakes. For those who may not have known, War of Will was the horse that Maximum Security had bumped in the Kentucky Derby.

He was the reason why Maximum Security was disqualified enabling Country House to snatch the crown from him.

Although this happened, War of Will’s trainer didn’t make a complaint, but instead continued to work him hard in training, resulting in a dramatic win for the horse in the Preakness Stakes.

Following his success almost three weeks ago, War of Will is now the strongest of the Belmont Stakes contenders and is fancied to come out on top in the upcoming race.

In fact, all eyes are on him as he is expected to win a back to back crown in the conclusion of the Triple Crown Season. Also, he got the highest value, at the time of writing, when it comes to betting and wagering in the 2019 Belmont Stakes.

In fact, he placed fourth in the Kentucky Derby which was then upped to third place following the dethronement of Maximum Security.  According to his trainer, Tacitus is worthy enough to win the Belmont Stakes crown.

Aside from the fact that Tacitus had placed very well in the Kentucky Derby, he was able to jostle best in the pre-season of the Triple Crown.

He placed both in the Wood Memorial and Tampa Bay Derby which earned him an excellent reputation for the upcoming Belmont Stakes.

Not only that, but Tacitus has also gained a lot of followers in the horse racing community who believe he stands a fair chance against War of Will.

It may come as a surprise for everyone, but Sir Winston stands a fair chance of victory in the Belmont Stakes. Sir Winston was a colt name that appeared in the Preakness Stakes but he did not make the line up at Pimlico Park.

He was also one of the horses entered to take part in the Kentucky Derby but showed a slow running pace in the derby trial which cost him his entry spot.

This colt is a Breeder’s Cup Classic hero who coincidentally is trained by Mark Casse,  the trainer of War of Will and Sir Winston is certain to give his running in the Belmont Stakes.

This colt heads for the final race of the Triple Crown and a breakthrough win on Saturday is on the cards.

This thoroughbred racer was also a Preakness Stakes superstar. He placed just a quarter shorter than War of Will and took second place.

This colt was trained by Dale Roman and if you take a quick look back at the Preakness tournament, Everfast showed a remarkable turn of foot to almost get the better of War of Will.

As Everfast claims his entry to the Belmont Stakes, he is looking to have a rematch with War of Will. In fact, his value and odds as of the moment is a threat for all entries.

Some bettors are considering him a hard contender to bear in the Belmont Stakes. Lastly, his trainer Roman also cited that Everfast has been doing his best work since contesting the Preakness Stakes.