The Supreme Novices Hurdle at the Cheltenham Festival  in 2018 is likely to feature Willie MUllins talking horse Annamix - a french import for Rich Ricci.

He is currently priced at 14/1 in the ante post market which could represent good value when you consider the Irish trainers record in the race.

In the past he has been successful with horses such as Vautour, Un De Seaux, Douvan, Min and Melon.

Since writing this Annamix was found to be lame with a pelvic injury at the end of November 2017 and is now out for the season.

The Supreme Novices Hurdle at the Cheltenham Festival  in 2014 is the next target for Gilgamboa.

Enda Bolger’s progressive young hurdler Gilgamboa will miss the forthcoming feature Betfair Hurdle at Newbury on February 8 and could instead head directly to the Cheltenham Festival where a possible bid for the Grade 1 Hurdle is on the cards for the exciting six-year-old.

Owned by JP McManus, the son of top stayer Westerner didn’t set foot on a racecourse until October 2013 having taken plenty of time to mature. 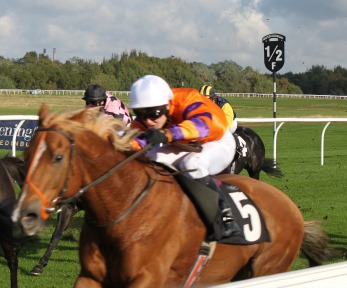 He made up for lost time though with a winning debut in a Galway maiden hurdle before meeting his only career defeat when running green before staying on well into third place behind the decent The Game Changer in a useful Punchestown novice hurdle.


It was back to winning ways on his handicap debut at Punchestown on New Year’s Eve when running on well under Mark Walsh to beat Rightdownthemiddle off a mark of 120, before last time out stamping himself as a horse to follow with a high profile success at Leopardstown in the valuable Boylesports.com Handicap Hurdle, defying a mark of 128 to impressively beat Flaxen Flare and 22 other rivals in the manner of a progressive performer.

Gilgamboa had been as short as 8/1 in the ante-post market for the Betfair Hurdle, but connections have taken the decision to bypass the race due to the likely heavy ground and wait for the Cheltenham Festival.

The Cheltenham race, the first on the card for the opening day of the showcase four-day fixture, appears the most likely target for Bolger’s rising star, but should the ground prove to be on the quick side he may tackle the longer trip of the Grade 1 Neptune Investment Management Novices Hurdle on day two of the meeting.

Back to Cheltenham Festival from Supreme Novices Hurdle