As June turns to July, Newcastle will host the Northumberland Plate Festival, with Flymetothestars the current 5/1 favourite for Saturday’s feature race. 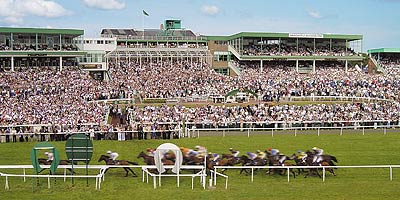 The highlight of the UK Flat season may have come and gone with Royal Ascot over for another 12 months, but there is still plenty of top-class racing to get stuck into throughout the rest of the year.

Having already won twice at the north-east venue, Sir Mark Prescott is hoping for a three-timer but will have to contend with the likes of Seamour (11/2) and High Power (7/1).

Saturday July 8 sees Sandown’s 10-furlong Group One Coral Eclipse Stakes as part of a two-day meeting and Cliffs of Moher will be hoping to go one better than in the Derby.

Beaten three-quarters-of-a-length by Wings Of Eagles at Epsom, the Galileo colt will be looking to return to winning ways and is a 3/1 favourite with many bookmakers at present.

Cracksman was just a neck behind under Frankie Dettori and may well re-oppose, with St James's Palace Stakes hero Barney Roy also holding an entry and priced at 4/1.

That success made it three wins from four and, having lowered the colours of the mighty Churchill, Richard Hannon will eye a quick double. 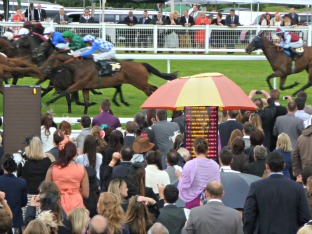 Ascot’s two-day King George VI meeting is always a big part of the racing summer and, while it is too soon to say exactly which animals will be in the line-up, there is a good chance that Highland Reel will be there at the end of July.

Aiden O’Brien’s charge took the Prince Of Wales's Stakes and can be backed at 7/4 to land another Group One back at the Berkshire track. Investec Oaks winner Enable (5/1) might have something to say about that, while Frontiersman, Idaho and Ulysses are generally on offer at 8/1 for the showpiece event.

The latter was not too far behind in the Prince Of Wales's for Sir Michael Stoute, while it remains to be seen if Jack Hobbs is given a run.

August sees the five-day Goodwood Festival, with the Group One Sussex Stakes the standout race on the card.

Queen Anne Stakes winner Ribchester looks on course for an outing and can be backed at 10/11 in the ante-post market to land yet another top prize having also taken May’s Al Shaqab Lockinge Stakes at Newbury.

Churchill and Barney Roy (both 7/2) are in the market but it is too early to say if they will run.For followers of northern racing, the four-day Ebor Festival at York is not to be missed, with the Group One Nunthorpe Stakes a particular favourite.

Flat racing goes on well into the autumn as September sees Doncaster’s St Leger meeting and Newmarket’s Cambridgeshire meeting and FreeRacingTips is the place to go for all the best betting offers and markets available.

Jumps racing will take over as winter approaches and meetings at Newbury and Sandown will pave the way for Cheltenham’s winter festival as the best in the business prepare for Prestbury Park next March.