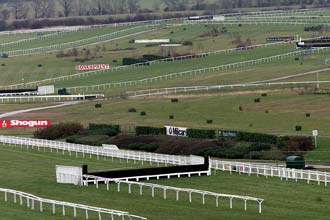 A Festival Lucky 15 Bet is a mouthwatering prospect after the Open meeting at Cheltenham has whetted our appetite nicely for the season ahead; it's only natural our thoughts should turn to the Festival ante post markets.

If you've never been involved in a Lucky 15 bet I can tell you they're
Fun, Different and Very Exciting! It doesn't matter if you're brand
new to the bet as it's real easy and with the profits I'm sure you'll
grow to love it!

Martin's betting career saw him backing, placing and laying but then
he had an eureka moment that when applied to the "Lucky 15" betting
option just blasted his profits through the roof.

Don't delay in finding out more about "My Lucky 15"

Whilst a good number of the races are yet to be priced up by bookmakers, all the championship races have and we've identified four horses that may be worth backing at this stage.

By combining them in a Festival Lucky 15 bet, we're assured of a nice profit should just one win while there's also the possibility of a huge payout should all four oblige.

On face value, the 2011 Triumph Hurdle winner has something to prove after a slightly tame effort in last season's renewal, when finishing a well-beaten fifth, and he looked to be struggling when crashing out on his final start in the Aintree Hurdle. However, there are good grounds for thinking he was not at his best in those runs, with his hard-earned victory in the Betfair Hurdle on his seasonal reappearance (the first horse to win that race on his debut) most likely taking the edge off him.

This time around, he will be trained specifically for the Champion Hurdle, perhaps having a prep run in the Cleeve Hurdle beforehand, and there was a lot to like about his reappearance win in the Elite Hurdle, when giving the runner-up Prospect Wells 14lb. In need of the run and unsuited by the slow pace, he still dug deep to repel his stable-mate and those battling qualities will stand him in good stead in a fast-run race in March. Given his tender age, there should be more improvement to come too.

Simonsig is obviously the one to beat in the 2m novice chase division this season but considering he's yet to jump a fence in public and the race is four months away, he makes no appeal at around the 7/2 mark. Overturn, on the other hand, looked an absolute natural over fences when making a winning chase debut at Sandown earlier this month, and is still value at 8/1 with Paddy Power.

Granted, he was fully entitled to win that race against mediocre opponents but he couldn't have done it in better style, and his slick jumping will be worth several lengths in the big one in March. He's already proven at Cheltenham too, having finished runner-up in last season's Champion Hurdle, while he should get the decent ground he needs to run up to his best.

Many people have already written Long Run off to a large extent after a disappointing campaign last season, but he was always going to struggle to match the same heights as the 2010-11 season, when landing both the King George and Gold Cup. Besides, he ran into Kauto Star at his brilliant best when runner-up in both the Betfair Chase and again at Kempton on Boxing Day, and was no doubt below his best when finishing third to the ill-fated Synchronised at Cheltenham in March.

Still only seven and far from being over raced after just 10 chase starts in this country, he is well worth persevering with and has reportedly summered well with connections reporting him in “fantastic” shape. He will likely step the same path as last term starting with the Betfair Chase at Haydock and victory there will see his Gold Cup odds tumble. Already the top-rated chaser in the country following Kauto's retirement, he has only to run up to the same level of form in the current campaign to be crowned champion stayer for the second time around and is a strong contender in our Festival Lucky 15.

David Pipe enjoyed a fantastic Paddy Power meeting with four winners and three seconds and none impressed more than Dynaste. The six-year-old was near top class over hurdles last season with the highlights coming in the Fixed Brush Handicap Hurdle at Haydock in November and the Cleeve Hurdle, in which he achieved the rare feat of getting Big Buck's off the bridle before coming off second best.

Granted he was entitled to beat his main market rival Fingal Bay in receipt of 4lb but he looked like he was only in second gear throughout and should be capable of matching and even improving on the achievements of his stablemate Grands Crus last season. It's early days in the season but he already sets a high standard for the RSA Chase and it will take a good one to lower his colours.

Obviously, for the purpose of placing our Festival lucky 15, we'll have to choose one bookmaker and it simply has to be Betfred with their excellent concession of triple the odds one winner, not forgetting their £50 free matched bet for new customers.

Remember to head to CheltenhamFestival.net for all the latest news and ante post tips ahead of the 2013 Cheltenham Festival.