If you have found this site useful and enjoy an ad free site, please feel free to make a small donation to help maintain and improve our service. Thank you, Chris.

Scratch card news from the top lottery producers and developers, both on line and off line.

Gaming in Tanzania is set to grow with the introduction of a new National Lottery, according to Mr Abbas Tarimba, the director general of the Tanzania Gaming Board.

Tanzania's gambling industry already contributes 2-3% of total annual economic output.This could increase further with the introduction of the lottery and the approach of the peak gambling season which runs from September to May when the major European football leagues are playing.

The license to run the lottery has been granted to the South African based lottery company, Muhandziwa Ltd who intend to introduce new products such as scratch cards, instant lottery and football pools. Report by the Daily News of Tanzania.

The sale of the Irish National Lottery to Premier Lotteries Ireland has been blamed for the first price rise in 9 years when the the minimum two line play changes from 3 to 4 euros. While the chances of winning the jackpot will be significantly reduced by the introduction of 2 new numbers.

Fianna Fail spokesman, Sean Fleming, said the government "had serious questions to answer" in its decision to sell off the business. But Premier Lotteries Ireland maintain the changes will improve the chances of a win from 1 in 42 to 1 in 28.

This scratch card news comes courtesy of the Irish Times

Sales of scratch cards in Iowa have hit an all time high of $212 million for the past year. Sales of the increasingly popular lottery cards have surged 12% on the previous year and sales are expected to climb still further.

Ticket sales for the more traditional Powerball and Mega Millions draws have fallen in the same period - mainly due to fewer monster payouts.

Security has been tightened after the conviction of lottery operator employee, Eddie Tipton, who hacked into a number generator to pick a particular set of numbers for a Hot Lotto game in 2010.

Hard working life insurance advisor, Lewis Gill, won a life enhancing £100,000 after his boss rewarded him with the £1 scratch card for efforts at Lifesearch Ltd in Leeds, West Yorkshire.

Lewis, who had only joined the company 3 months previously, was feeling generous and positive on his way to work one day, giving up his bus seat and helping another passenger with luggage. "Maybe the universe will repay me", he joked with colleagues at work.

When he realised later that day that he had won a small fortune he couldn't wait to tell his boss Chris Vickers, pulling him out of a meeting and offering to share the prize. Chris would hear none of it, saying he deserved the money.

Lewis is planning to invest his scratch card windfall after taking his mates out for a drink to celebrate.

A Brussels woman has been banned from playing lottery scratch card games after spending a fortune on scratch cards and lottery games.

The 81 year old's son asked the Gambling Commission to intervene when it became apparent that his mother's gambling was out of control.

"This is a first for lottery games", claims Marjolene de Paepe of the Gambling Commission.

Chief Executive, Andy Duncan, defends the decision to triple the odds of a jackpot win by increasing the pool of numbers from 49 to 59.

He believes that the huge increase in the prizes will be popular with lottery players and that it is important to be innovative to keep the business growing.

Camelot made £7.3bn in sales last year of which £2bn has come from scratch cards and web sales.

Sport and the Arts are increasingly dependent on lottery grants as government subsidy continues to decline; the good scratch card news is that £1.8bn is given to these good causes although it is often the only lifeline available. 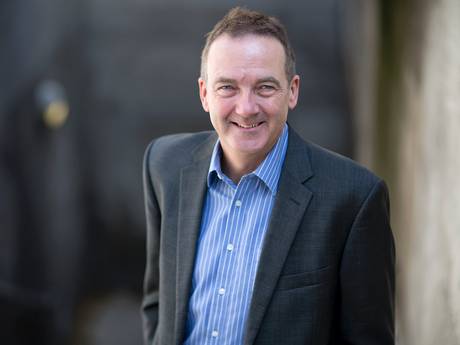 The state’s Hoosier lottery not only issue cards that smell of bacon they even offer a 20-year-supply of real bacon as one of the prizes. This can be taken in 20 instalments for those without an industrial freezer to store it in; a lump sum cash prize of $5,000 is offered as an alternative.

Story reported in the Consumerist

Pollard Banknote has been contracted to supply eco friendly scratch cards to the Norwegian state run lottery, Norsk Tipping. They are the first lottery to use the cards which are are made from 60% recycled material.

Manufacturers claim the Kraft material used is suitable for either the traditional or modern styles of scratch cards. The material will be used for the 50 kroner Pengedryss and the 30 kroner Kryssordflax cards.

The new installation will feature a 350 foot printing press, the largest of its type in the world, allowing the company to increase production from 5 billion tickets annually to eight billion. The workforce may need to increase from 60 to 140 employees depending on the number of new contracts.

Pollard runs 5 scratch card facilities in the U.S. and Canada but Ypsilanti Township was chosen to run the new press because the management were so impressed by the hard working attitude and expertise of the workers at the the 775 James L. Hart Parkway factory.

The company is able to increase production because of the growing popularity of the scratch card market which has now overtaken the original lottery draws in sales. This is partly due to the fact that players are playing for instant wins and also because it is easier and cheaper to develop new products.

Back to Scratch Cards